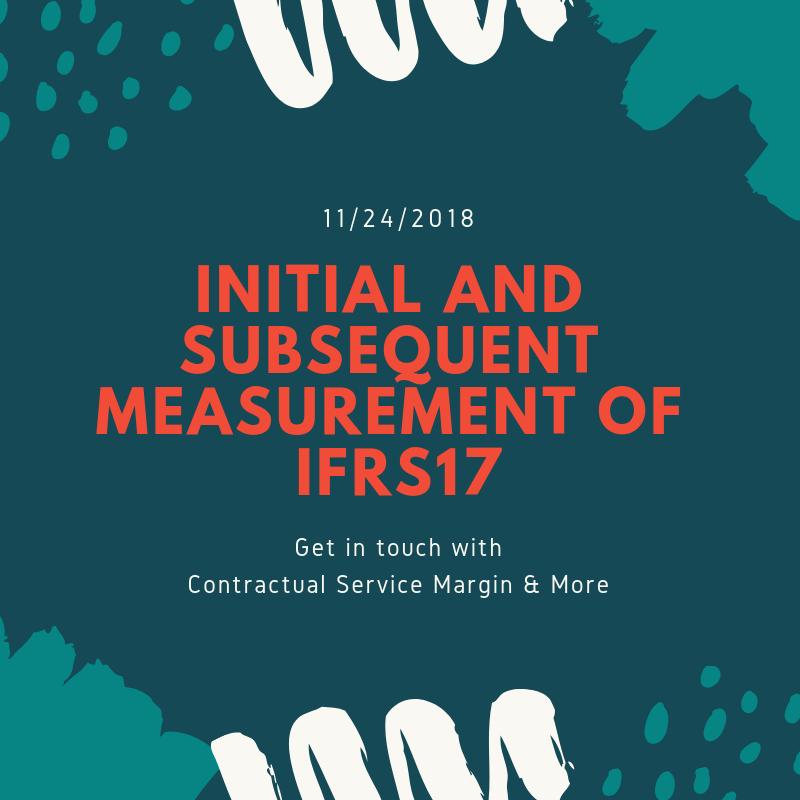 The contractual service margin (appreviated to CSM) is a component of the carrying amount of a group of insurance contracts. It represents the estimated profit, that had not been realized yet but that is expected to be realized to the insured person within the insurance contract period in exchange for the promised insurance service in the event of claims. Therefore, the creation of an estimated profit avoids an early profit recognition in the Profit and Loss statement of the insurance company at initial recognition.

The different components of the contractual service margin calculation are the following:

This aspect illustrates that estimated profit is treated differently compared to estimated loss. Estimated loss has to be recognized directly as loss-making in the Profit and Loss statement whereas estimated profit is first booked to the contractual service margin in the balance sheet. It is only recognized in P/L over the coverage period of the group of insurance contracts at the end of each reporting period reflecting the provided service per period.

The liability for incurred claims relates to insured events. Insured events have already been incurred but that have not been settled yet. Consequently, these liabilities comprise the part of the fulfillment cash flows that refers to past service.

Changes in estimates that refer to current or past service have to be recognized immediately as profit. Discount rate changes have also to be recognized as profit in the reporting period in which they occurred. Or they can be recognized partly in the profit or loss statement and in the other comprehensive income (appreviated to OCI).

Thus, it is relevant to consider the timely reference of changes in estimates, since future best estimated cash flows referring to future service do not have to be recognized in the profit or loss statement. But they adjust the contractual service margin of the balance sheet.

The same principle applies to the adaptation of the risk margin in regards to non-financial risk. Changes to the risk margin for current or past reporting periods are to be recognized as profit in the P/L statement at the end of the reporting period. Whereas changes relating to future service are to be recognized against the contractual service margin.

We love meeting people and making new friends. Use the buttons below and get in touch - don't be shy!

We use cookies to ensure that we give you the best experience on our website. If you continue to use this site we will assume that you are happy with it.OkRead more